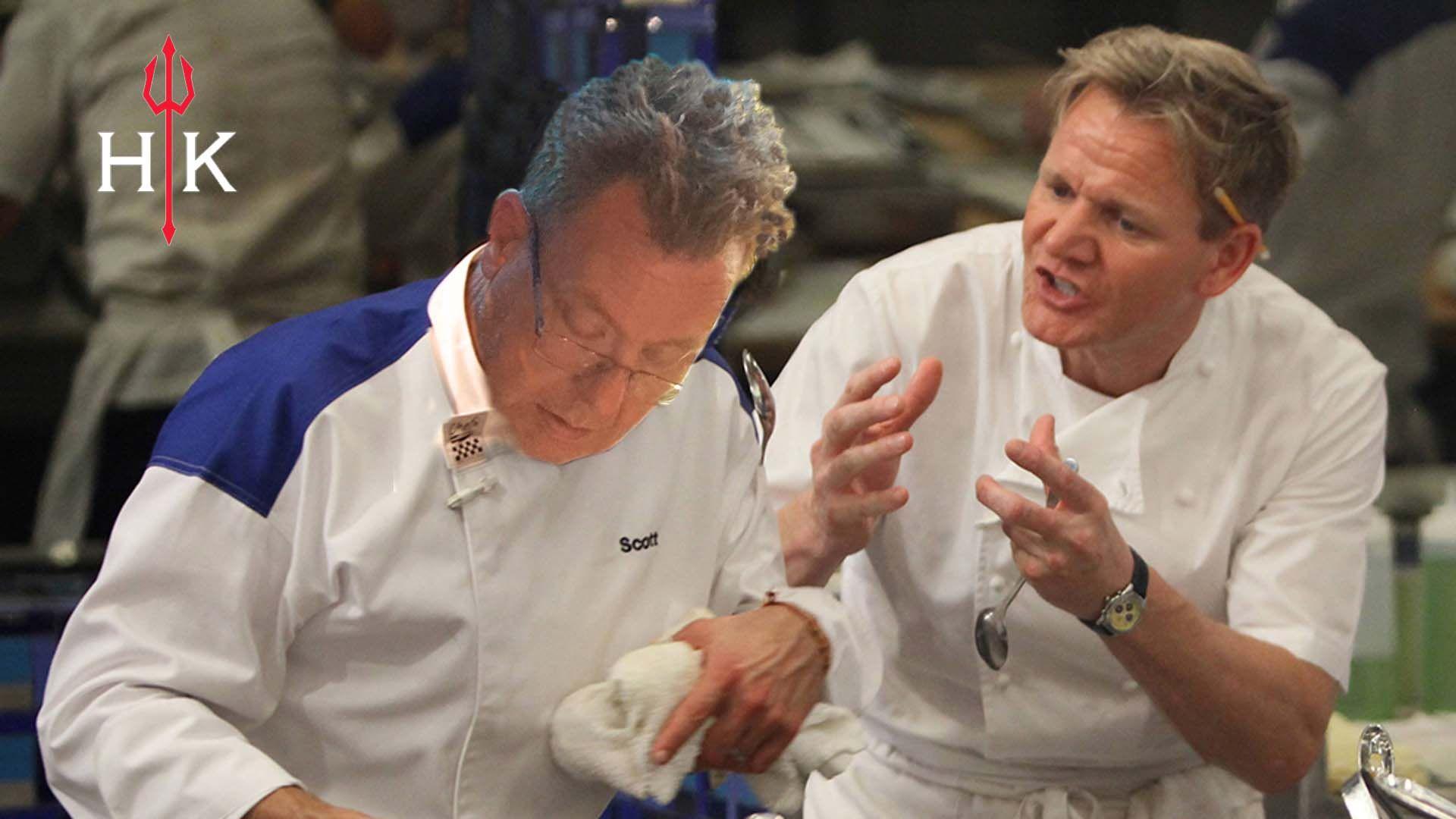 The fabulous nuevo cuisine of our own Reverend Paul Gaedke has caught the attention of none other than Chef Gordon Ramsey. Paul had the opportunity to appear on next season of Hell's Kitchen (sneak peek shown above). The time was grueling, and he had to keep it a secret (he never went on those cruises he was raving about).

When asked how his time went, Pastor Paul responded with a curt, "I didn't learn a thing. If anything, I taught Gordon how to cook. Those shows are all staged to make him look good. And I was hoping to get the show name changed to 'Heaven's Kitchen.'"

Pastor Bryan's comments, "I stayed at the guy's house for two months and he never made the same dish twice. Shrimp and grits; corned beef with cabbage, Cuban sandwiches - the list goes on. His wife Gina is spoiled. The guy's a magician. If he opened a restaurant I'd be there every day. Seriously."

Our Fellowship Deacon contacted Gordon's team to hear their side of the story, but all we heard was a curt, "no comment."

NOTE: Obviously, the above work of satire is meant in good fun. But Pastor Paul really is a great cook, and he'll be adding his magic to the upcoming CANO night in June. RSVP your spot(s) HERE.